Welcome to the club. Questions? Write to us

Anchor Leg Athletic Club continues in memory of Erin Grigsby. Erin was a daughter, a friend, a wife, a sister, and overall, a thoughtful unselfish human being. Although brain cancer took her away from us way too soon, she continues to live on in us.


If you're interested in putting together a meet, may it be running, cycling, yoga, or any other form of exercise, please do not hesitate to contact us!

Even though you run as an individual, running is also a community sport. Training and sharing your experiences with other runners helps you become even more successful.

Erin was an accomplished runner. She started running after set a goal for herself to complete a 5K race. After that, she kept on running. She trained and pushed herself to where she reached her two running goals -- running an ultramarathon and the Boston Marathon.

After that, she decided that she wanted to share how running changed her by getting herself certified as a RRCA Coach. She led, trained, and inspired many individuals to their goals. We will always remember Erin for the things she has done for us in the running community and as a friend.

"Being a runner is a great thing. It's so fulfilling teaching others how to put one foot in front of the other and keep moving. As a coach, it's amazing to see others grow in running as I did.

Even though you run as an individual, running is also a community sport. Training and sharing your experiences with other runners helps you become even more successful." 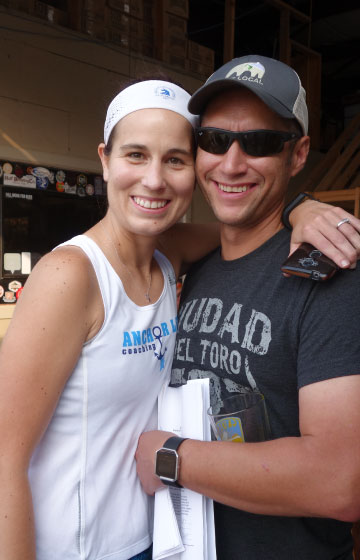